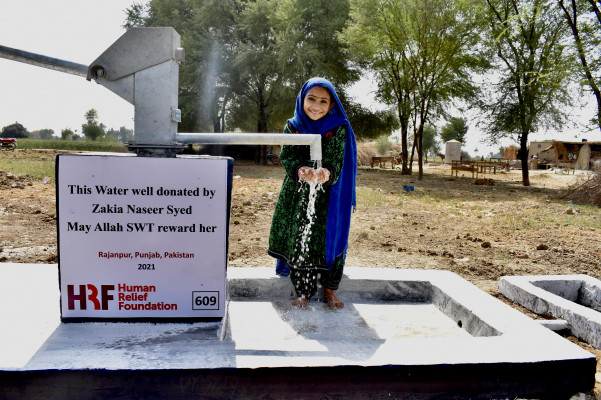 Give Sadaqah With HRF

In a world that is so often rife with greed and selfishness, it is through acts of charity that we can hope to restore the balance. There are many ways in which a Muslim can get involved with the charity, but one of the most common ways is to give Sadaqah.

Sadaqah is a voluntary act of charity that is done for the sake of Allah (SWT). Giving Sadaqah doesn’t have to be in the form of monetary donations, simple good deeds such as a smile, or a helping hand, are also seen as acts of Sadaqah.

Unlike Zakat, which is an obligation for Muslims to pay, Sadaqah is given entirely on a voluntary basis. It can be donated at any time of year and any amount can be given – there are no specific amounts or percentages to calculate and donate. Further to this, the money can be given towards any number of different causes and projects, as long as there are people that will benefit from the donation.

“Say: Verily my Lord enlarges and restricts the Sustenance to such of His servants as He pleases: and what you spend in charity He replaces it: for He is the Best of those who grant Sustenance." (Saba 34 : 39)

Why Do We Pay Sadaqah?

We pay Sadaqah for the sake of Allah (SWT), as a form of charity that is sincere and not done for recognition or reward. Giving Sadaqah must be a selfless act for it to have the biggest impact on all involved.

How Much Do We Pay?

There is no set minimum or a limit when it comes to donating Sadaqah. Anything given will always be gratefully received.

An important concept within Islam is the idea of Sadaqah Jariyah – an ‘ongoing charity’.

“When a person dies, all their deeds end except three: a continuing charity, beneficial knowledge and a child who prays for them.” (Muslim)

Therefore, many Muslims give charity which will continue to have benefit to people after their death, and continue to earn them rewards.

Differences Between Sadaqah and Zakat

The primary difference between Sadaqah and zakat is that zakat is an obligation upon all Muslims whereas Sadaqah is given freely. Zakat is paid annually based on the lunar calendar and is calculated based on savings and assets above a certain threshold (Nisab). Above the Nisab, a Muslim must donate 2.5% of their wealth. By contrast, Sadaqah is given out of good will, and any amount can be given as an act of charity to anyone. Sadaqah is given discretely and with no expectation of reward – a selfless act for any Muslim. Anyone can donate Sadaqah, for themselves and on behalf of another person.