Muslims worldwide donate Qurbani every single year but not all know the actual significance of this act. Here, we explain the importance of Qurbani. 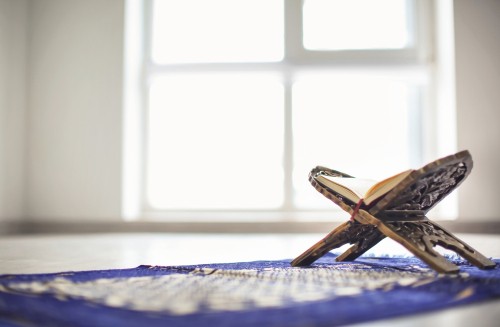 The actual word Qurbani means to sacrifice; a means of selflessly giving in order to attain closeness to Allah (SWT).

Muslims worldwide donate Qurbani every single year but not all know the actual significance of this act. Qurbani in Islam originates back to an incident with Prophet Ibrahim (A.S) and His willingness to sacrifice something very dear to him for the sake of Allah (SWT).

At the time where Prophet Ibrahim (A.S) was appointed his role as a Prophet, many people turned against Him, including His own father, and made many threats which led him to flee the city.

There were many tests to Prophet Ibrahim’s faith and loyalty, one of which involved being thrown into  hot fire. As the Prophet was being thrown in, the Angel Jibraeel appeared and offered help, to which the Prophet replied: “The One who has sent you is aware of what is happening, I am therefore pleased with this if this is what is destined for me by Him”.

It turned out that the burning hot fire that the Prophet was thrown into became cool, by the will and grace of Allah (SWT). This display, rather than encouraging the disbelievers to enter the right path, significantly increased their disbelief, instead.

Prophet Ibrahim (A.S), along with His companion and fellow believer, Prophet Lut (A.S), left the city and travelled to Palestine. They then lived a life of poverty at the time which Prophet Ibrahim (A.S) made dua to Allah (SWT) to bless him with a pious son. His wish was accepted and he was granted a virtuous son, Ismail (A.S.).

Ismail (A.S) grew up into a devout young boy and was placed amongst the Prophets  Allah (SWT). The trials for Prophet Ibrahim (A.S.) continued nonetheless.

The Trials for Prophet Ibrahim (A.S.)

Prophet Ibrahim (A.S.) was instructed to take Prophet Ismail (A.S.), along with His wife Hajar, to an incredibly uncivilised desert called Hejaz and leave them there, without even the most basic of necessities. Prophet Ibrahim (A.S.) carried out this act, fulfilling the wishes of the Lord. As he turned away and headed back, his wife, Hajar, called after Him and asked if this was a command of Allah (SWT), to which He nodded. This response satisfied Hajar, and Hajar and Prophet Ismail (A.S.) were indeed taken care of by their Lord. This was the point where the river Zam Zam was created to quench their thirst.

The next trial for Prophet Ibrahim (A.S.) was at a point when He kept having a recurring dream of slaughtering Prophet Ismail, His son, for Allah (SWT). The Prophet took this as an instruction from His Lord and decided to consult His son to advise him of this intention whilst testing His son’s obedience to Allah (SWT), too.

Upon hearing His father’s explanation, Ismail, then at 9 years of age, agreed and encouraged His father to carry out this wish in accordance with Allah (SWT)’s instructions. Prophet Ibrahim (A.S.), who loved His son very much, was proud of this response.

At the time of the sacrifice, the Prophet took His son to Mount Arafat, along with a rope and knife. He then covered Ismail’s head with a blindfold along with His own so they would not have to see each other suffer. Prophet Ibrahim (A.S.) then proceeded to sacrifice His son in His devotion to Allah SWT. Upon removing His blindfold, He was shocked to see that instead of his son lying there slaughtered, it was a dead ram and His son was standing by His side.

The fact that Prophet Ibrahim (A.S.) was prepared to sacrifice something so dear to him for the sake of Allah (SWT) pleased Allah (SWT) so much that He replaced Ismail (A.S.) with the ram instead.

This is where the annual event of Qurbani was born and the sacrifice of an animal is carried out annually by Muslims worldwide in remembrance of Prophet Ibrahim’s (A.S.), sacrifice and devotion to Allah SWT.

Following the act of Qurbani, Muslims celebrate the festival of Eid-ul-Adha, otherwise known as Qurbani Eid.

To donate your Qurbani with Human Relief Foundation this year, please click here.

Visit our website for more information on our Qurbani appeals and how you can help.