What is the significance Qurbani? Why do we contribute it and where does your Qurbani donation go? Find out more with Relief Foundation. 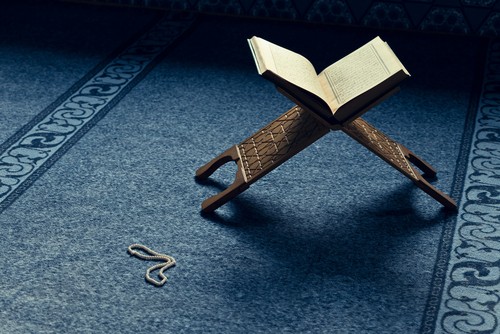 Here at Human Relief Foundation, we believe it is important to educate and inform those around us of the work that we do. One of our current campaigns revolves around Qurbani donations.

Qurbani is the act of sacrificing an animal (a goat, sheep, lamb, buffalo, cow, bull or camel) on the day of Eid-ul-Adha, after the commencement of Eid prayers. It commemorates the sacrifice that Prophet Ibrahim (A.S) was prepared to make of his son, Hazrat Ismail (A.S), to show His devotion and dedication to Allah (S.W.T). In Arabic, the term Qurbani is referred to as Udhiya and means sacrifice.

Qurbani is an act to be carried out by all qualifying Muslims. Barring a few exceptions, every sane, able adult Muslim with disposable wealth is required to perform Qurbani every year. It can be performed between the 10th and 12th of Dhu al Hijjah. Ideally, it should be carried out immediately after Eid-ul-Adha prayers.

It is important to remember that not all animals are eligible for Qurbani, and even then, there are some restrictions as to whether an animal can be sacrificed for Qurbani purposes or not. Goats, lambs, sheep, cows, buffalo, bulls or camels are all acceptable forms of sacrifice for Qurbani.

These animals can be either male or female. However, there are a few restrictions relating to this. An animal that is disabled or has any form of health-related issues is exempt from Qurbani. There are also age limits. A goat or sheep must be, at the very least, one year old to be considered for Qurbani. For cattle, the age limit is two years and for camels, five years. It is imperative that the animal must be in good health.

There is great flexibility available for Muslims when it comes to Qurbani rules. Qurbani animals have , and a person needs only one share to fulfil their ritual obligation.

Goats and sheep count as one share each. This means that a Muslim must buy one goat or sheep in its entirety to perform their Qurbani ritual. All other animals, including cows and camels, have seven shares. This means that seven people can collectively contribute money, and in return, get their share of the meat.

Following the act of Qurbani, the meat is divided into three equal parts. One is intended for the family, one for the neighbours, and one for those in need. Qurbani serves as a great opportunity to bring communities, neighbours and friends together to celebrate as one Ummah.

The relative lack of poverty in Western countries means that many Muslims here prefer to have Qurbani performed on their behalf in poorer countries.

The History Behind Qurbani

Armed with a rope and knife, Prophet Ibrahim (A.S) explained Allah’s command to Hazrat Ismail (AS), upon which Hazrat Ismail agreed and accepted that this was the right thing to do.

Prior to the act, Hazrat Ismail (AS) requested that His father use a blindfold on himself and tie Hazrat Ismail’s arms and legs. This was due to the fact that He didn’t wish to struggle and did not wish for his father to see him in pain as this would cause Him pain and suffering, too.

Blindfolded, Prophet Ibrahim (A.S) struck the knife down and sacrificed His son for the sake of Allah SWT, but upon removing His blindfold, He was met with a dead animal instead.

Ultimately, Prophet Ibrahim (A.S) was being tested by Allah SWT and upon the time of slaughtering His son, in favour of His willingness, Allah SWT replaced Hazrat Ismail with a ram instead.

Prophet Ibrahim’s (A.S) devotion and readiness to sacrifice His most beloved for His Lord is an inspiration to us all in Islam, which is why this sacrifice is commemorated every year by Muslims worldwide.

Prior to the time of Qurbani comes the annual pilgrimage of Hajj, where Muslims across the world visit the land of Mecca to visit the Holy Ka’aba. The pilgrimage includes various religious rituals and visits to Arafat and Mina, too, which is where Prophet Ibrahim (A.S) and Hazrat Ismail resided. Hajj is one of the five Pillars of Islam which is an obligatory act upon all eligible Muslims and must be performed at least once in a lifetime.

Following Qurbani, Muslims celebrate Eid-ul-Adha, which is one of the two annual Muslim festivals. Known as Qurbani Eid or Hajj Eid, the day is spent praying in congregation, eating, spending time with family, friends and loved ones, wearing nice clothes and often, giving gifts or money to children.

Eid-ul-Adha 2018 is estimated to fall on or around 21st August this year; please consult your local Mosque or your Imam for more details nearer the time.

Your Qurbani donation can provide meat to people living in some of the most remote, isolated, and war-torn regions of the world, where many people are suffering from poverty and starvation. The aim is to provide these people and their families with sufficient amounts of food so that they, too, can enjoy Eid-ul-Adha along with millions of other Muslim brothers and sisters.

These are just a few very brief, basic facts on Qurbani. For more information or to find out how to donate your Qurbani with Human Relief Foundation, see here.