We are responding to the emergency. And we’re doing this now. Though it’s no simple task, as it’s an evolving situation, one that has seen people’s needs change as the days unfold. Where food and water were the initial requirements, bringing homes back into a habitable condition is now proving the major need. By providing critical reconstruction assistance – from window replacements to household redecoration, we are allowing families and individuals to move back into their homes, and begin the slow process of returning their lives, and Beirut, to some semblance of normality. 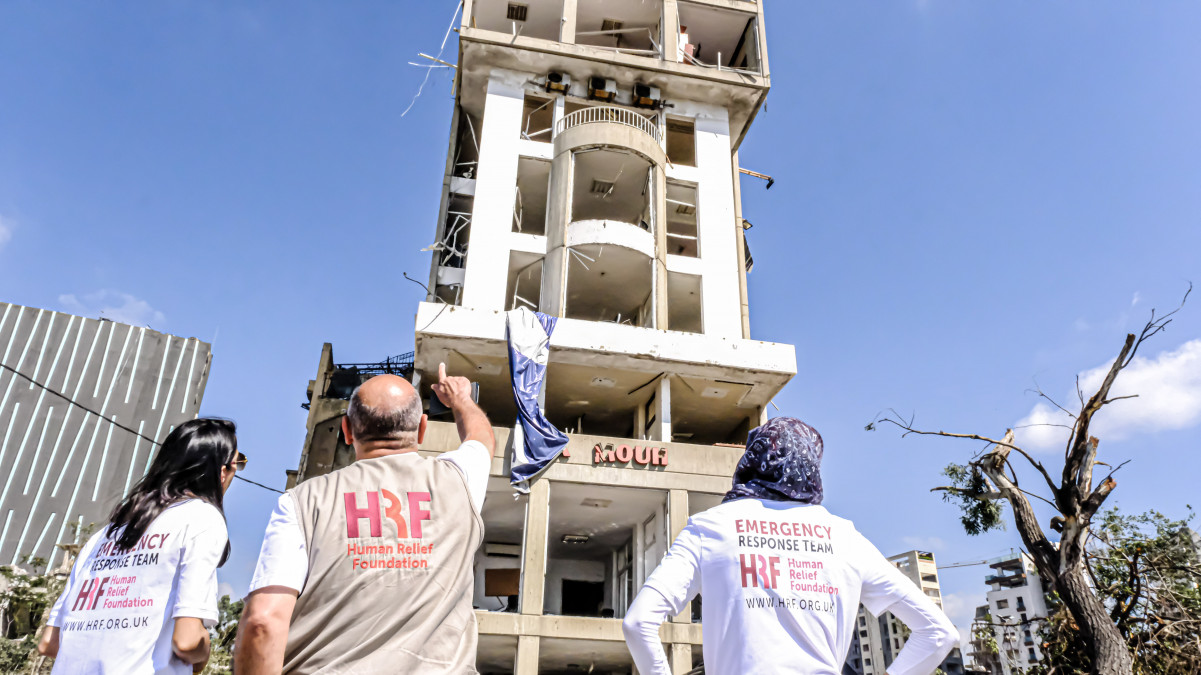 On August 4th 2020, a huge explosion ripped through the port of the Lebanese capital, Beirut. So far over 200 people have been confirmed killed and around 5,000 wounded; the mayor of Beirut has claimed that as many as 300,000 have been made homeless as a result of damage to property in the blast radius. All of these figures are likely to rise over the coming days and weeks. Compounding the problem, many of the hospitals in Beirut were damaged by the blast and are overwhelmed by injured victims.

A Crisis Within A Crisis

The explosion has the potential to spill into a wider catastrophe for the people of Lebanon who were already reeling from the financial impact of protests, governmental corruption and Covid-19. The explosion destroyed an estimated 85% of Lebanon’s grain stores, vital to producing the staple flatbreads eaten throughout the country. Without urgent assistance, we can expect to see a huge rise in food insecurity across Lebanon.

With your help these last 3 years we have provided a range of aid, from food at our kitchen project, which has fed thousands, medical camps treating 200 people a day, and education through school projects.

How You Can Help?

The extent of the blast damage means that neither the country’s Government, nor Lebanon’s charity sector can manage the reconstruction unsupported. This is where you come in. For by choosing to donate to Lebanon you’re no longer an onlooker, you’re becoming part of the answer. And with your unstinting support we’ll be unable to carry out this critical work. Acting as your hands, we’ll provide the aid that’s needed, in the form that it’s required, to those who are affected the most.