For the refugee men, women and children driven from their homes by conflict or hunger, the winter is anything but a wonderland. It is for many a time of misery and indignity, where simply getting through the day is a triumph.

Many will be housed in tents situated in remote and inhospitable areas, where winter’s bone is most keenly felt, and snow, sleet, and rain offer no respite to people who have already suffered greatly. Often lacking even the most basic items, a distribution of nutritious food, warm clothes, heaters, and fuel for stoves can be a life saver - keeping immune systems strong, and helping to stave off winter illnesses. Particularly COVID-19. 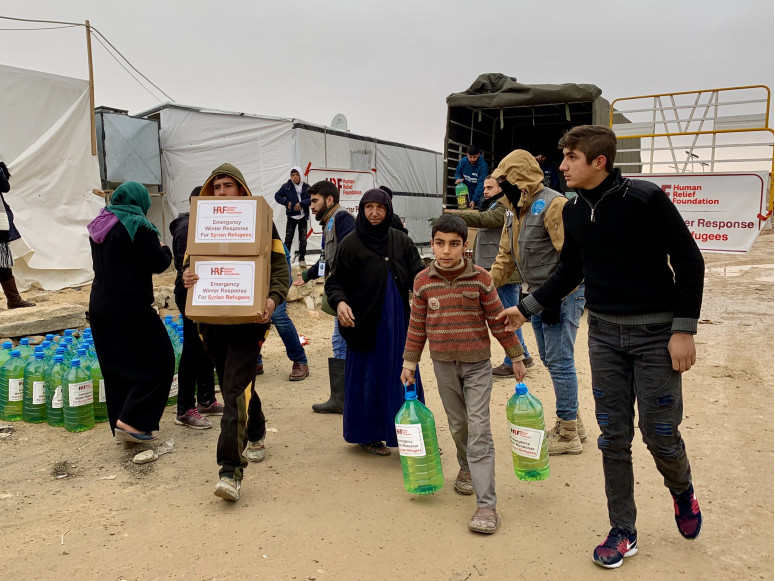 Why Your Help Is Needed?

Where Your Help Is Needed?

Our 2021 Winter Crisis Appeal is a targeted response that is aimed at not simply giving refugees and internally displaced people from Yemen, Syria and Iraq more dignified lives, but life itself. For they exist on society’s fringe’s getting little but crumbs from the table. If that. As such they are at greatest risk from sickness and death.

Such is the scale of need at this time of year means that our campaign couldn’t be limited to a single location – which is why it is simultaneously a Yemen appeal, a Syria appeal / Lebanon appeal, and an Iraq appeal. Covering a trio of locations where suffering is most acutely felt in 2021. So, in deciding to donate to our winter charity appeal you will be are touching the lives of people from 3 countries - helping Muslims, and non-Muslims alike who have often lost everything. Including hope. But the simple act of kindness that is supporting the campaign and donating to Syria, Yemen and Iraq, can change their lives, and help restore their faith in human kindness.