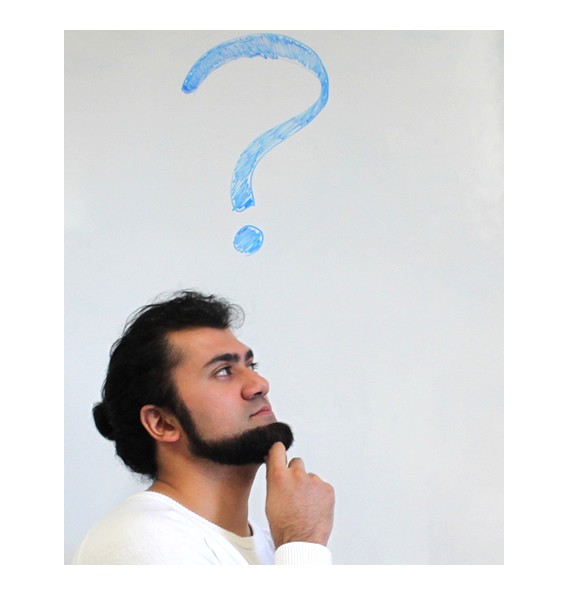 When were you happiest?

When my wife smiles.

How did you fill your days before you stepping into HRF’s world?

I worked as a journalist before HRF, and most of my time was spent either writing or travelling. I reported on events, interviewed celebrities and wrote far too much. So much that I am typing right now without looking at the keyboard.

What project first got you involved in HRF, and why HRF over other charities?

I heard about HRF when I reported on them for a newspaper. I interviewed a member of the fundraising team who had flown back from an aid mission.

Little did he know that I would be working with him 1 year later...

But HRF is special because of the work it does. It delivers the results that people want to see after donating. People can even go out to see this work themselves as part of the deployment programme. Here they will see that we seriously “walk the walk”. This is what makes HRF special.

What did you want to be when you were growing up?

I wanted to dig up dinosaurs growing up. I remember spending much of my school breaks searching for dinosaur bones buried underneath the trees.

What’s the most unusual experience you’ve had whilst working with HRF, or life in general?

I’ve had many unusual experiences throughout life. I’ve stroked a cheetah, I’ve been pulled in for “random” questioning at the airport, I’ve been caught in the middle of a far-right rally, I’ve got lost up a mountain, I’ve investigated haunted houses and seen things I still can’t explain.

What is your typical day as a marketing officer?

My typical day is busy to say the least and I have to be ready for the unexpected. I could be creating a campaign leaflet, designing a brochure, but plans often shift as the day unfolds. I could be writing an important email when I remember it’s time for the obligatory morning tea-round.

If you had the power to fix any of the world’s problems (and let’s face it there are many), where would you start, and why?

I would lock world leaders in a cupboard and tell them they can’t come out until issues are addressed. If all fails, I’m calling in the aliens.

What‘s been the best moment of your career to date?

The best moment you ask? I played a zombie in the Great Zombie Run of 2017. A unique charity event I organised in Bradford; participants had to run the course while zombies tried to grab their velcro straps. Believe it or not, the zombies were so realistic that some residents called the police after hearing screams. 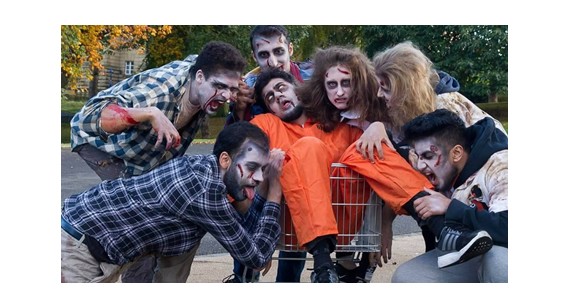 Flying to Africa on a flight that never seemed to end.

What is your guiltiest pleasure?

A tower burger from Salahs.

What is the closest you’ve come to death?

The tower burger will finish me off…

But I do remember someone standing near me on the street and he was mugged at gunpoint. It’s scary to think it could have been me. But I do keep safe in general. I've also never broke a bone in my body.

What is the most important lesson life has taught you to date?

Be patient and persistent – no matter what comes your way.

What is your most treasured possession?

I am very grateful for everything I have.

Of all the projects you’ve been involved with, what has been the most personally satisfying?

Accomplishing challenges for worthy causes is extremely satisfying, especially with HRF because there are various causes to choose from. I’ve run marathons and took on obstacle courses, walked 13 miles while fasting, walked 5 miles barefoot, climbed many mountains and trekked through the Sahara Desert.

Last year I climbed Scafell Pike, the highest mountain in England, and it was the most challenging trek I have done. I said I would retire, but I am thinking of getting back on the horse.

In the office, I like seeing the work I design printed and sent out. It feels good knowing that I played some part in helping make a difference.

Who would play you in a film of your life?

I’d like to be remembered as someone who made the most out of life. A man who worked hard, loved much, and dreamt big.