This year, our volunteer Sarw'at travelled to Lebanon to deliver aid to Syrian refugees. Read her story.

A message that has changed my life

I had been scrolling through Instagram stories during the Christmas holidays, and came across Sophina’s story.  She had put up a post saying that the charity she worked for, Human Relief Foundation, were off to Lebanon on a deployment to help deliver aid to Syrian refugees.  And they had one space left, so if anyone was interested they were to contact her. I DM’d her and asked if the space was still available. It was. But to come I’d needed to fund raise a minimum of £4000, and quickly. 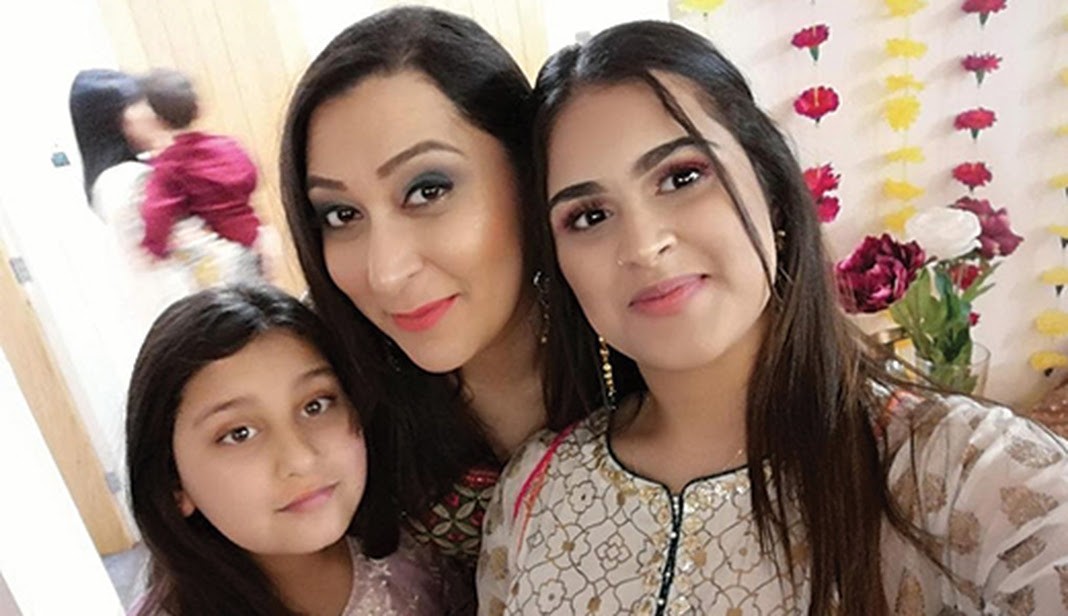 Sophina asked me to meet her the next day in the HRF offices in Birmingham, where she and Waseem Iqbal (head of international deployments), would go through the finer details with me, and also help me to start fundraising.

That was the start of my journey.  One message that has changed my life.

My husband had been to Turkey, Lesvos, “the Jungle” and various other places to help within Refugee camps over the years.  He would return full of stories that would break my heart. I always wanted to go, but having young children, and a busy job, made it difficult to find the time. Plus, I was always very apprehensive about the people who went - would I get on with them, would I agree with the way they do things etc.

So when I sat in HRF’s Birmingham offices and met some of the staff, I was pleasantly surprised that they were “on the same page” as me.  I just wanted to help where I could, and they would help me do this.  However, I was also quite scared of going, as I knew it would be an emotional journey, but I didn’t realise that the impact would be so strong.

When we landed in Beirut, I met the full team.  There were 11 of us. Some had been on deployments before, and for a few of us it was the first time.  On the journey from the airport to the hotel, Waseem gave us an introduction to how the refugees had ended up in Lebanon, what conditions they were living in, what amenities or lack of amenities there were, and a general overview of their situation. We also met Badih Ghazzawi, who works with Islamic Welfare Association (ISWA) - HRF’s Lebanese Charity partner, who take care of the logistical elements of distributing aid etc. I was also surprised that the Deputy CEO of HRF, Kassim Tokan, was also going to be distributing aid and fuel with us.

After a night's sleep, we made our way along the Bekaa Valley to the first camp, an impoverished town on the Syrian and Lebanese border.  En route, Waseem and Badih explained the importance of what we were about to do, in that we were going to fulfil our obligations that these people had on us.

The people we met were like you and me, they’d lived in houses, had jobs, had friends and family, and it had all been taken away from them. Yet even after all this loss, they retained their dignity.

There is a way of giving to people which is most important. A way that prevents them feeling small. You give a big smile, and say thank you, because we are here taking prayers and good wishes from them. Imagine if we were in their shoes, how would we feel taking charity? 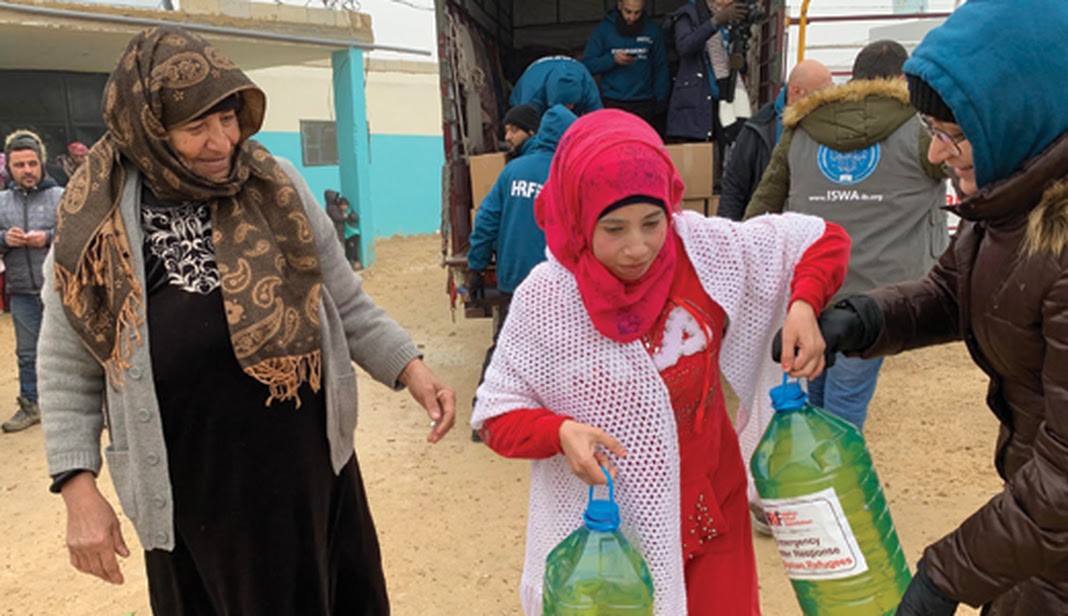 After a night's sleep, we made our way along the Bekaa Valley to the first camp, an impoverished town on the Syrian and Lebanese border.  En route, Waseem and Badih explained the importance of what we were about to do, in that we were going to fulfil our obligations that these people had on us.

When we arrived at the camp, I was surprised there were derelict houses in this cold and bitter mountainous region. Among these uninhabited houses there were large numbers of tarpaulin white tents as far as I could see. This was not what I’d imagined, as I was expecting to see camping tents – like those seen on the TV news. 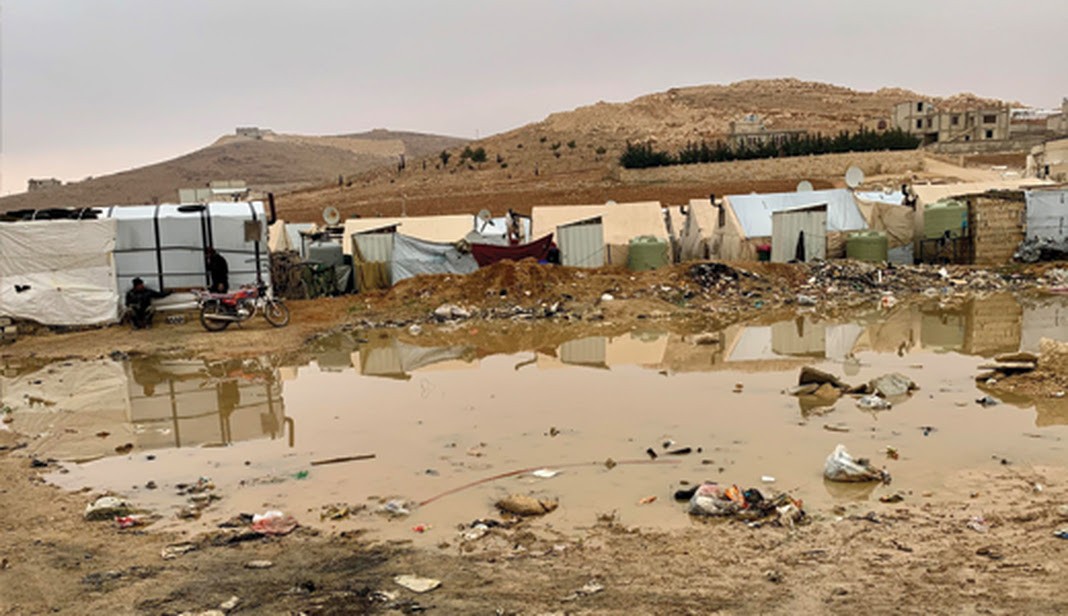 The smiles, prayers, and thanks that are given by the people is something I’ll never forget.  There are children everywhere, smiling and playing even though they are barely warm and have slippers on their feet.  We then go and speak to families in their tents and listen to their heartbreaking stories. How these people escaped the warzone, how they lost loved ones, some have lost mothers, fathers, siblings, and others have lost everyone. Horrific stories of people losing their limbs, their children dying from bombs in their arms, and they are now stuck in limbo of these camps.

The camps are filthy, the tents are cold and no bigger than 10ft x 10ft. People have been stuck here for years and have no way of going back or moving forwards.  They really are stuck between a rock and a hard place. There are few schools, no shops, no access to Doctors or hospitals, as these people have no money. There are no jobs available as they are not allowed to work.

We live in the 21st century, how on earth are we allowing this to happen. Where is the compassion and the empathy? We have almost blocked this devastating existence out of our comfortable lives in the UK.

One family, a widow and her 6 children, stick in my mind. She had run out of fuel and food the day before. She had spent all night crying and praying because she didn’t know what to do.  The following morning we arrived with food and fuel. She said we were “Angels, and God had listened to her prayers.”

The anguish and the heartbreak I felt that day is like nothing I’ve felt before.  What would have happened to this family, and thousands of others, if our donors had not given so generously, and we were not able to deliver the aid? 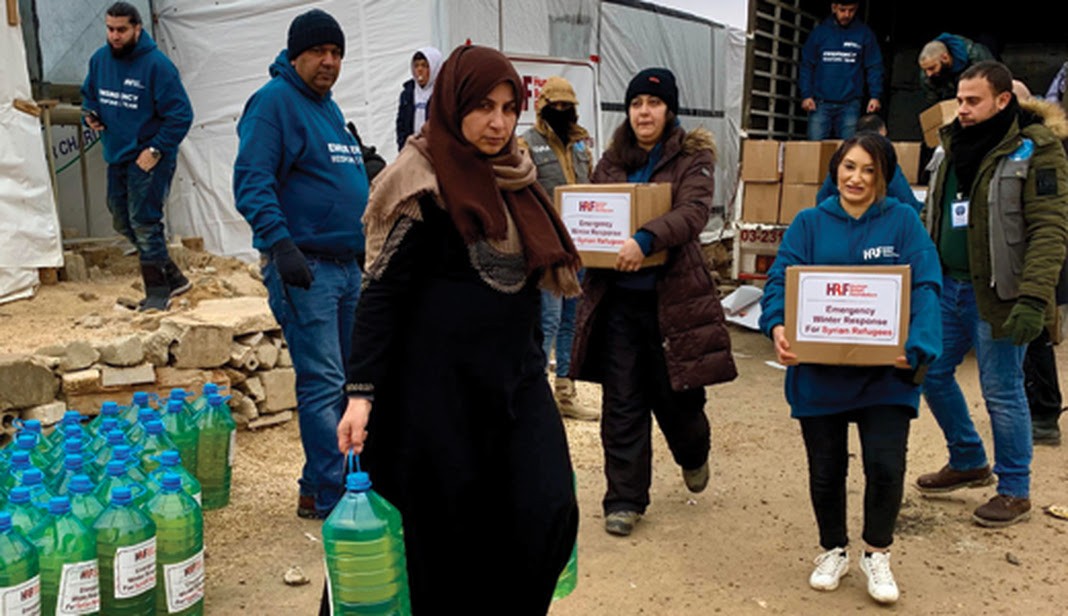 For you and me, we spend a few pounds on sweets, cigarettes, going out, and having fun, but the difference a few pounds can make to these people is often a matter of life and death.

There are many other heartbreaking stories to be told, but I can’t tell them all here.  They are too distressing.

We spent 4 days visiting many camps and distributing aid, but its never enough. This experience has changed my life forever. I’ve now made it my mission to help these forgotten people. I’m not doing it for fame, or glory, or for my ego, I’m doing it because it’s the right thing to do.

I know I can’t change the world, but if I can make a difference, and help save even one person, I know I’ve done my bit.  Have you done yours?

Register your interest in our next deployment